Back to all posts

There is (no) LGBTQ+ Community

I’ve done a lot of thinking and writing about whether or not there is an LGBTQ Community.  I’ve thought about it on a national level, a regional level and a local level.  And I’ve come to the general conclusion, that without a recently occurred tragedy (read Tyler Clementi, Pulse Nightclub) or a cause like marriage equality, there is no community.  Or, at least, not the kind of community that I recognize as such.

This was all brought home for me last night at the memorial that the Social Justice Group I’m a part of put together.  Our aim was to commemorate the one year anniversary of those lost in the Pulse massacre.

Last year we held a vigil two days after the tragedy (on June 14, 2016) and more than 350 people showed up.  It was standing room only and it was a tremendous outpouring of, well, I was going to write love, but really it was an outpouring of confusion and devastation and shock.  There was some love in the room, but it was overshadowed by the sadness and the pain that rocked the people present.

I wasn’t naive enough to think that 350 people would show for this year’s memorial.  But I did think we would break 100 people.  I figured the attrition rate would be steep, but not that steep.

I hear you, “it’s not the quantity, it’s the quality,” “the numbers don’t matter, the intention of those who show up does,” etc…etc…  And let it be known that I believe we hosted a moving, touching and tasteful event to honor those lost.  We read each name, we had a long moment of silence (“49 moments of silence”), we created a poster with every victim’s name and photo and had the attendees sign it with messages, we asked people to speak if they wanted to share, we closed the evening out with a circle and “passed the pulse” around the circle as a means of closure.

It was a meaningful event.

AND, where were the other 74 people I thought would show up?  Is this me being totally naive in thinking that at least 1/3rd of those who came last year would come this year?  Is it possible that the distractions of the 45 Administration are making things like memorials of the worst attack on LGBTQ people in the US ever unimportant?  Devalued?  Deprioritized?  Yes, there are many things to be worried about - healthcare, job security, taxes, corruption in government.  But no one can convince me that those things kept 74 LGBTQ+ folks from taking an hour out of their evening to show up and represent for our “community.”

Maybe our community is siloed.  Maybe it is small.  Maybe that’s how our community is.  And we are just not that interested in coming together unless it’s against or in dire circumstances.  But that makes me feel sad.  And it makes me wonder why try to do the bridge building between the G’s and the L’s and the B’s and the T’s and the Q’s and between queer people of color and queer white people and between religious homophobes and queer people.  Why do I do this work, if there isn’t an actual “community” to do it for?

And maybe this is just central New Jersey.  Or maybe it’s just Highland Park.  Or maybe it was the heat.  LGBTQ+ folks show up for Asbury Pride and for Heritage of Pride and for the march in DC.  But I don’t call that community.  I think that thousands of small pockets or groups coming together that can be mistaken for community.

To my mind, community is a group of people on whom people can lean on, can depend, can ask for help and find it.  Community means resources for people and support.  Community means coming together when called.  Community means communing.  Sober, intentional, direct, loving, supportive, honest, and grateful.  I feel that the LGBTQ+ folks in the central NJ area, on the whole, express their sense of community in these ways only to people in their personal circles, not to the “community” as a whole.

I’d say we need to start reaching out, but I’ve said that before and it’s landed like a lead balloon. 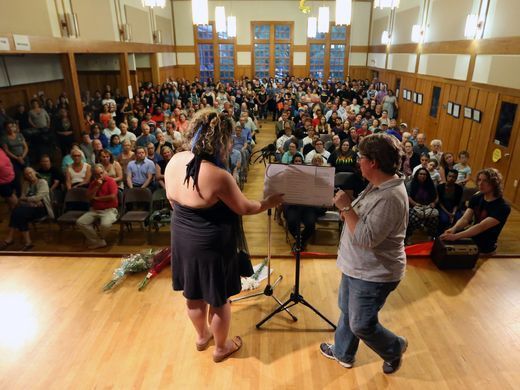 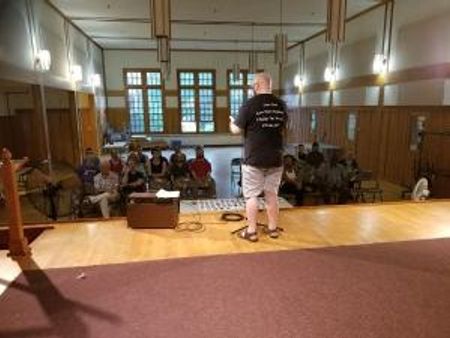